Halloween is just a few weeks away, and everywhere I turn there is… SUGAR!  Ahhh!  As frustrating as it can be to have this shoved into both of my toddlers’ eager faces constantly, I also see the candy fest as a great opportunity for me as a parent to teach my children that healthy living can be fun and exciting too!  I don’t want them to feel like they are missing out, but I am also not willing to give in to sweets all month long either.

So, in an effort to counter some of the shiny treats and bright-colored wrappers that would be lurking around every corner, I started to brainstorm easy (emphasis on easy) ways that I could bring an extra measure of that same holiday fun and excitement into our healthy lifestyle.

These smoothies were actually inspired by several posts I found on Pinterest that turned mason jars into decorative candle lumineries (examples here and here).  As I thought more about it, I realized that a bit of paper, a glue stick, and a permanent marker would give me the power to make paleo smoothies a healthy Halloween treat!

If you have a normal blender, the blade should fit right onto a standard-mouthed mason jar.  I’m not sure how all of the new fancy blender brands will work with this, but if you have just a normal, run-of-the-mill blender, it will fit.

Place your drink ingredients right into the mason jar, screw on the blade, and then click the jar into your blender base.  Blend as normal.

Then, use paper cutouts and glue stick and/or permanent marker to decorate the jar.

Hand the spooky smoothie to your child and instantly go up a few notches of “cool” in their eyes (…at least until you pass the candy isle again.  Sigh.).

Now, a few Spooky Paleo drinks for you to try… 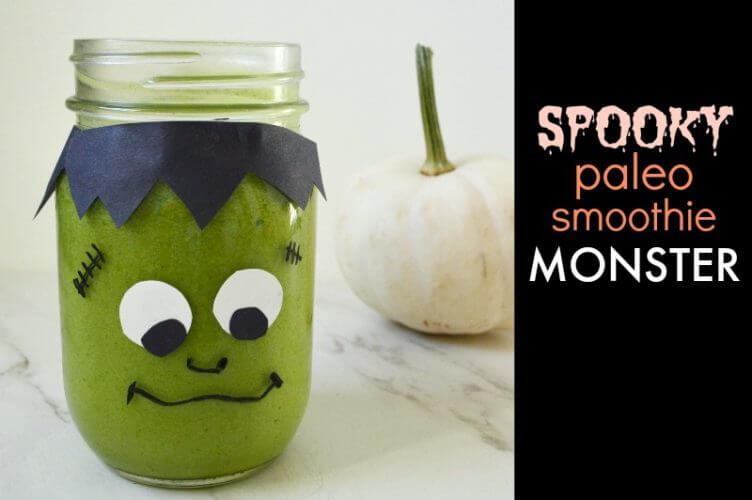 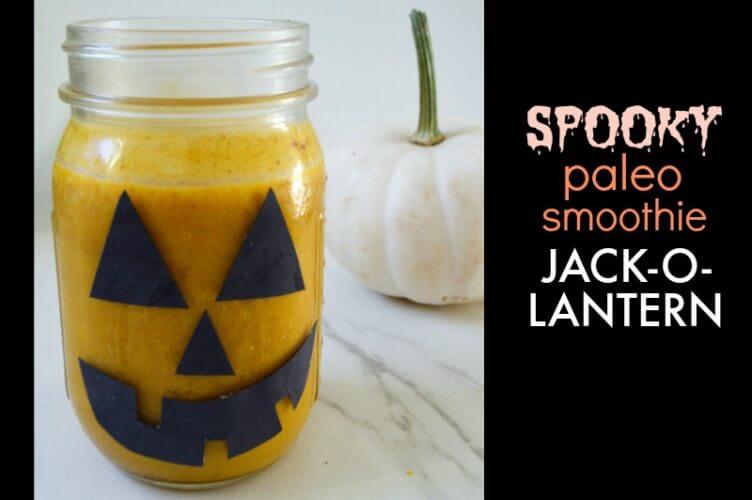 We like to make this basic Paleo Pumpkin Pie Smoothie:

Here is how we make our  filling Paleo Coconut Chai Smoothie:

I can’t believe that I forgot to take a spotlight picture of the mummy!  He does make a casual appearance in the group photos above and below, though.  The mummy can be made by either wrapping gauze or cheesecloth around the jar (kept in place by a couple drops of hot glue), or he can be made with strips of tissue paper and tape/glue stick.

Either way, I like the idea of wrapping the jar, because it provides a bit of heat protection, making it possible to serve hot (or at least warm) drinks in. 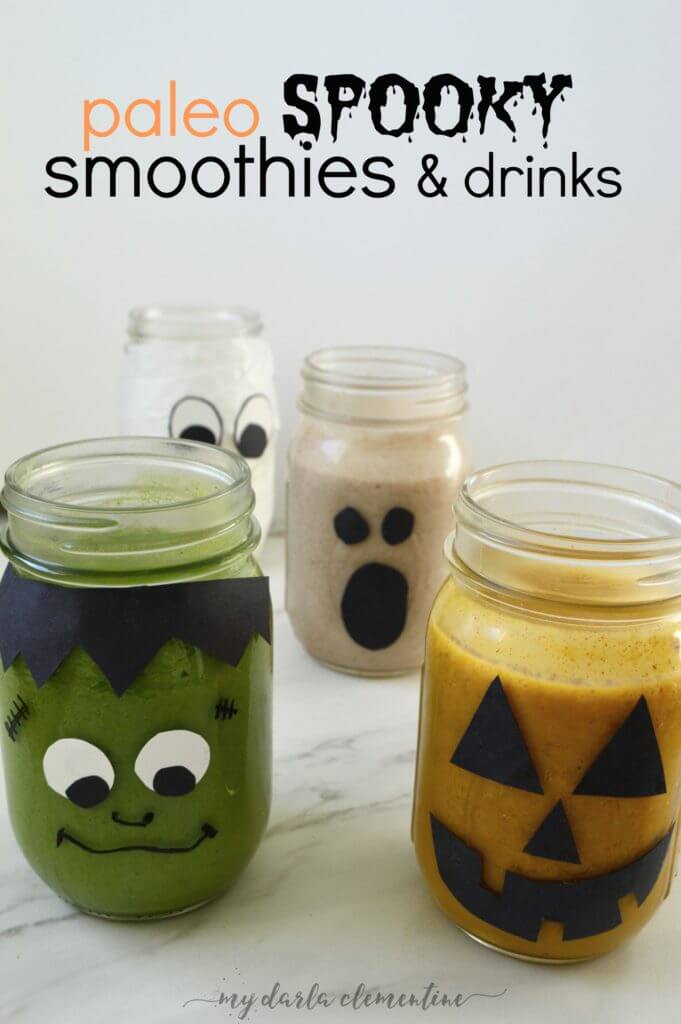