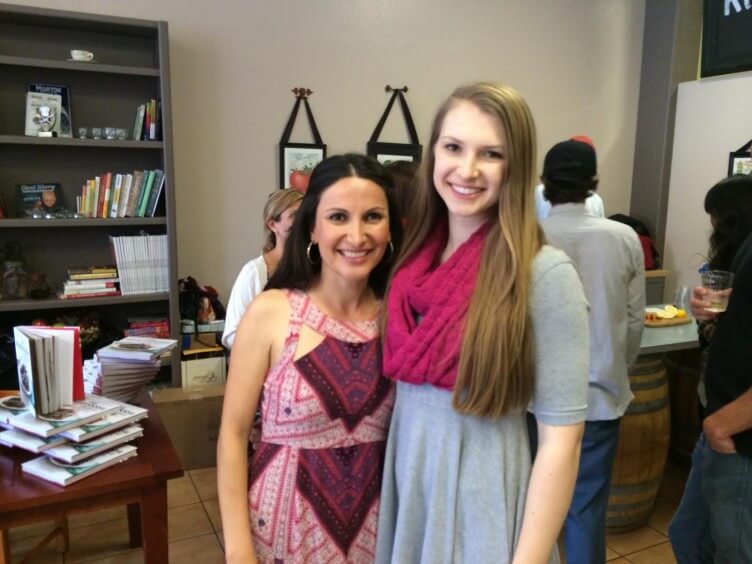 I first met Michelle of The Paleo Goddess, when she attended my cookbook release party with her dad. They had just come from Nom Nom Paleo‘s book signing at Costco. It was so inspiring to meet such a supportive dad. Michelle is a competitive volleyball player, who had hit a plateau in her training. Read her story below to learn how she used the Paleo diet to get over this plateau and become a better athlete.

Make sure to stop by Michelle’s blog, The Paleo Goddess for some incredible recipes and connect with her on Instagram. I LOVE her Instagram account. You get a sneak peek into all of her delicious Paleo meals, often Paleo meals that her entire family is enjoying (grandma included!). 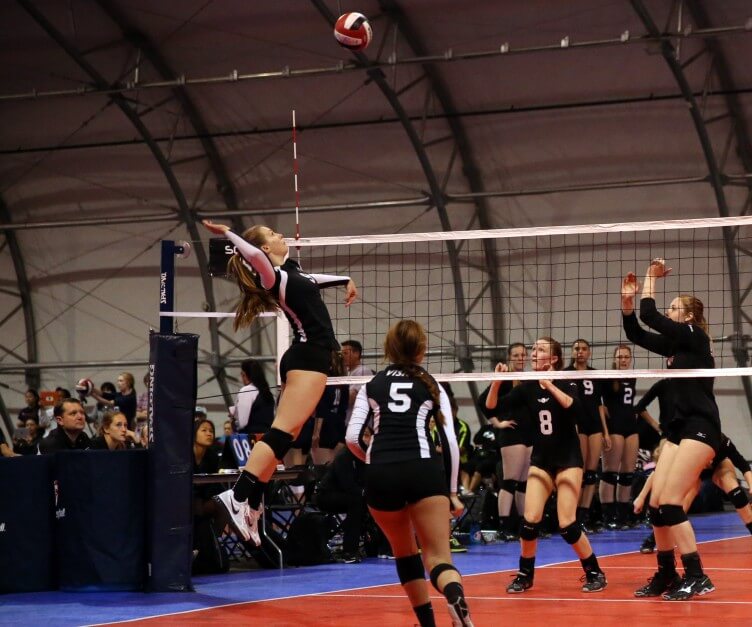 Why This Competitive Athlete Follows a Paleo Diet

I officially started a Paleo Diet at the beginning of March this year after one of my athletic trainers recommended it. I’ve already seen so many benefits, especially as an athlete. Previously, my diet consisted of mostly meats and veggies, but I also was a frequent victim of crazy sugar cravings and calorie counting. As a part of my commitment to becoming a better athlete, I also committed myself to changing my diet. I was somewhat skeptical at first, but had enough understanding of how diet and nutrition works to recognize the potential it would bring me. I did my fair share of research, and read books by Robb Wolf, Loren Cordain, and Liz Wolfe to further convince myself of the benefits the diet could bring.

After a week, I felt myself becoming more alert and less affected by the stressful life of a high school athlete. Because all of the food I was eating was real, natural, and nutritious, I had more sustained energy throughout the day. I was no longer a victim of the “food coma”, because the grains and dairy weren’t negatively interacting with my digestive system or making me feel bloated. At volleyball tournaments, I didn’t feel myself fatiguing as quickly as I used to, or as quickly as my teammates did. By the end of the third day of competition, I was still relatively reactive and energized.

The results of my initial 30-day Paleo challenge can be seen in my Force Plate from my gym, Sparta Performance. The bar graphs generated by their technology are pictured below for each of the three scans. I jumped on the Force Plate on Day 1, Day 14, and Day 30 to see how my changes in diet directly impacted by athletic ability.

During the loading phase, represented by the first grey column, energy is transferred between the ankles and quads. The transition, or explode phase, is when energy is transferred through the positioning of the body via postural alignment, and is represented by the black bar. The drive phase transfers energy through utilizing hamstrings and other posterior muscle groups, like the glutes, and is represented by the red column. The big difference between the first and second scans was the explode factor, which represents body stiffness and reactiveness. Explode is most affected by body composition, so it would make sense that if my strength to body weight ratio increased, as indicated by the scan, and weight decreased, that my overall athletic force increased.

This also shows that I had gained muscle mass while reducing my fat mass over the four weeks. Eliminating foods like grains and dairy required me to replace them with more nutrient dense proteins and vegetables. It also made it easier for my body to absorb nutrients, improving the efficiency of my recovery. Since athletic adaptations, or improvements, are created during the recovery process, the scans show that the increase in athletic output can be attributed to my increase in recovery. Between my second and third scans, both load and explode dropped a little, while drive increased, showing that my body was fatigued or under stress during the time of the scan. This could be physical stress from playing volleyball, or neural stress from a tough week at school. The important part is to note that my explode results stayed relatively consistent. This means that even though I was tired, my body was still able to maintain good body position, reducing my risk for injury in the long run. Again, since my recovery process had improved and had become more efficient while following the Paleo diet, my body was better able to respond to athletic stimuli, like jumping on the Force Plate. Even though I was fatigued, my body still responded in a more efficient and forceful way than it had four weeks prior, showing that the change in diet directly improved athletic output efficiency. Since a change in athleticism is also one’s ability to adapt over time, it’s directly related to the recovery process.

Even though some of the things that I love, like warm bread before dinner or a melty chocolate cake for dessert, aren’t “allowed”, I don’t let that stop me from enjoying myself. My mom and I have figured out how to make some pretty delicious Paleo muffins, including pumpkin spice, banana, and lemon blueberry! However, I don’t feel like I need to include any of the sweets and treats that I used to crave. I actually have started to want things that are good for me; nothing sounds better than a juicy steak with roasted garlic broccoli and bacon roasted brussels sprouts! I learned that I could effectively train my body to want what’s good for me, which is one of the biggest takeaways I have from this experience.

Through reading, cooking, and training I’ve learned to appreciate my body and to be more aware of how I’m treating it. All of that comes with a lot of challenges as a student. When I’m not studying or practicing, I can usually be found cooking and prepping food for the following few days. It does take some time away from friends or relaxing with family, but I’ve come to love cooking and I know that it’s what’s best for me. My boyfriend and family have been super supportive, and have even started to make some Paleo changes! Cooking together has also helped bring my family closer together.

After learning and understanding how the human body biologically and historically is made to react with certain foods, I will always nourish my body with the foods that it’s meant to eat: healthy fats, meat, fruits, and vegetables. Even though it’s not the easiest path to take, especially for a student athlete, it’s the one that will make my life better in the long run. 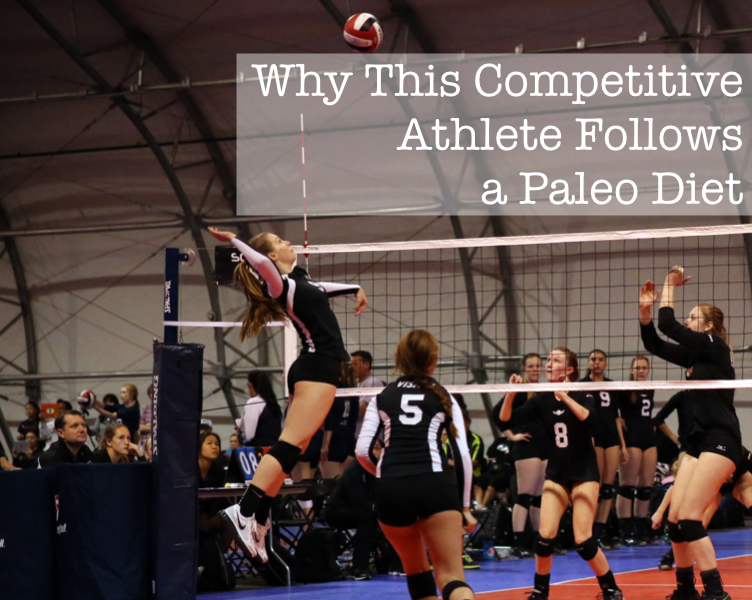