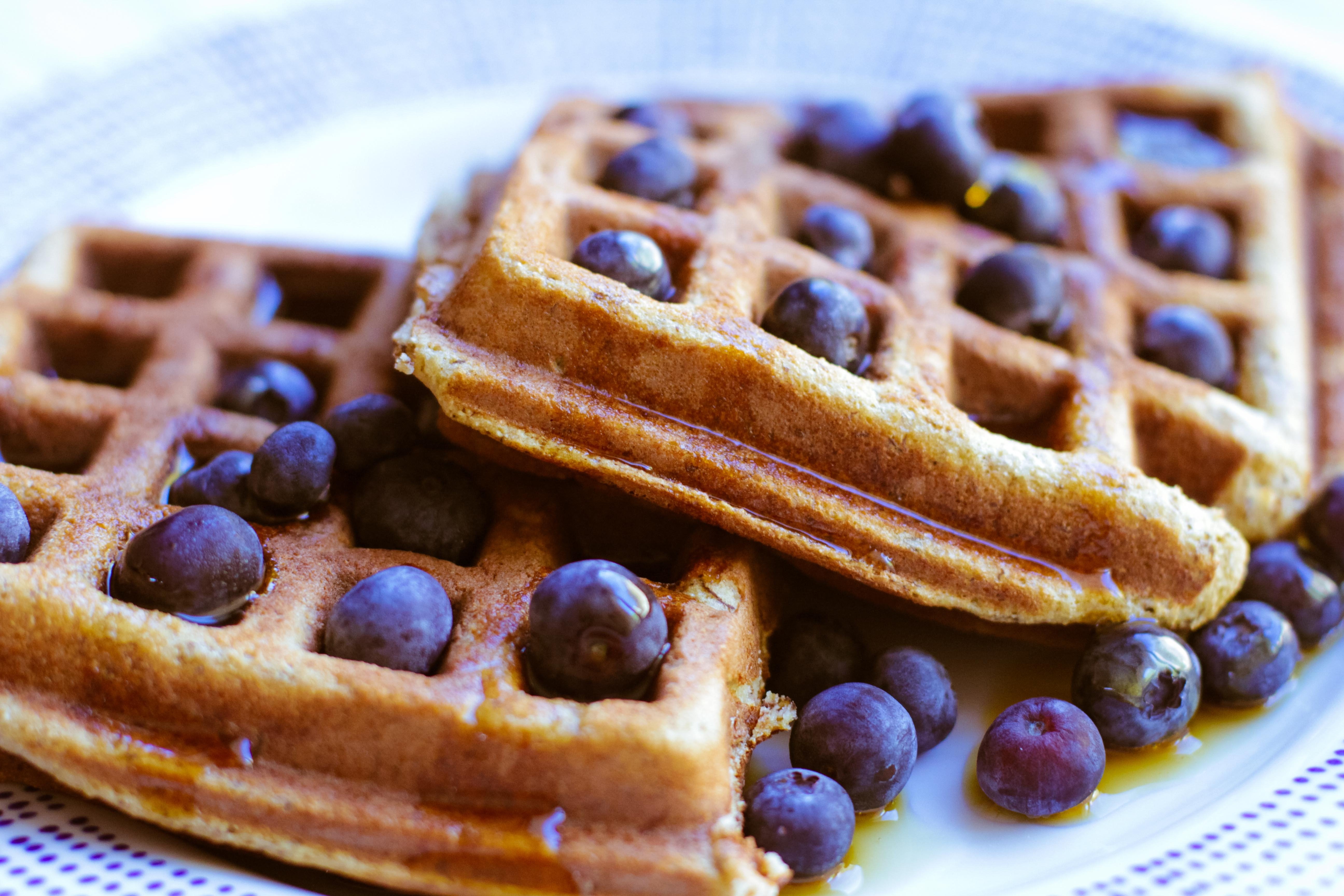 When Stephanie left a comment on one of my posts not too long ago, I hopped over to her blog, from Cupcakes to Crossfit to check it out. I quickly realized that I had been there before! I really liked her beautifully curated site with lots of delicious recipes and helpful information. I immediately added her site to my bloglovin queue and I’ve been keeping up with her since. You can also connect with Stephanie on facebook & pinterest.

When Arsy approached me about writing a guest post on her blog I was extremely flattered. I have been following Rubies & Radishes since it was 30 Days of Paleo! Because of her blog, I was inspired to learn the art of slow cooking. I have been paleo since February 2012 and it has been life changing for me. Being a wedding & event planner meant my life was filled with lots of desserts & non-healthy catered food. After years of gut, immune system and health issues, I have now said goodbye to a lot of my health problems because of paleo.

With Easter just around the corner, I’ve been trying to come up with a great Easter Brunch menu that didn’t include chocolate chip buttermilk pancakes, gooey cinnamon roll French toast, Funfetti cupcakes or Cadbury eggs! Last year was our first Easter being paleo so we made a vegetable and ham frittata (aka an “egg pizza” according to my family). It was delicious, but they definitely missed the sugary carb brunch.

This year I thought I’d mix it up and create a paleo version of waffles to “surprise” them. I want to show them that eating paleo isn’t just about meat, veggies & eggs! After multiple attempts of using almond flour based waffle recipes (which were way too dense), I decided to experiment with creating one out of coconut flour. The outcome: a fluffy, moist, delicious waffle!

I am going to serve these on Easter along with some fried eggs, chicken apple sausage & fresh fruit! 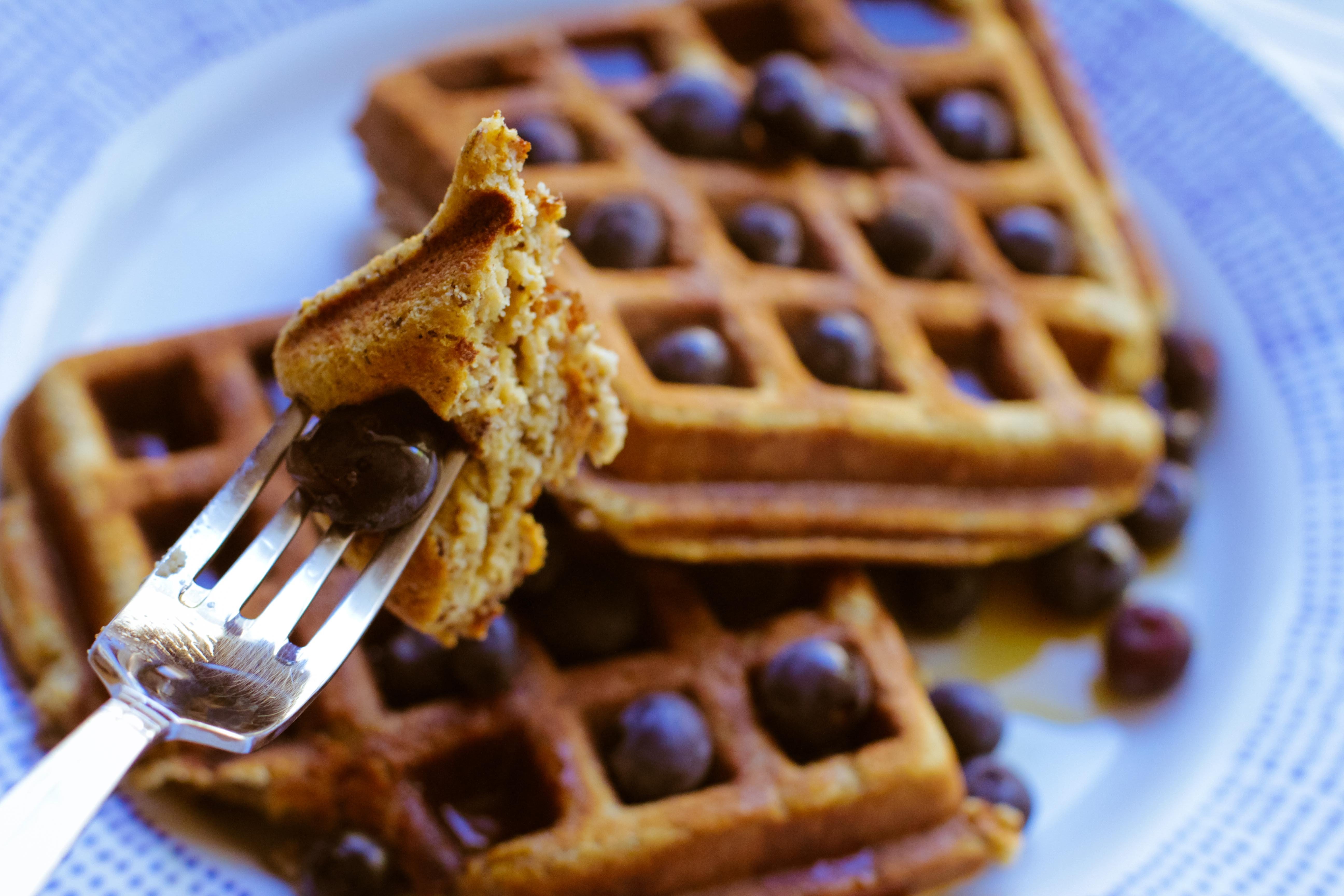 Nut Allergy Substitute: If you have a nut allergy, change the recipe to ½ cup of coconut flour + 1/3 cup flax seed meal + ½ cup of coconut milk + 2 eggs. This does make the waffles a little more “spongy”, but they’re still delicious!

Instructions:
1. Heat up the waffle iron
2. Beat eggs in a medium bowl (I like to use a hand mixer to make it fluffier, but a hand whisk works fine)
3. Add in the banana, vanilla, coconut milk and honey and whisk together until thoroughly combined
4. In a separate bowl, mix together all the dry ingredients (coconut flour, almond flour, flaxseed meal, baking soda, salt, and cinnamon)
5. Slowly pour the dry ingredients into the wet and continue to whisk / blend together {note: the consistency should be thicker than pancake mix, but not clumpy. If it’s too thick add more coconut milk. Working with coconut flour can be difficult because a little goes a long way, as it is very absorbent.}
6. Pour batter into the waffle maker and serve hot with delicious maple syrup! Feel free to top with fruit, like bananas, strawberries or blueberries! I like fruit on my waffles, but the Mr. doesn’t. He loves his butter & maple syrup!