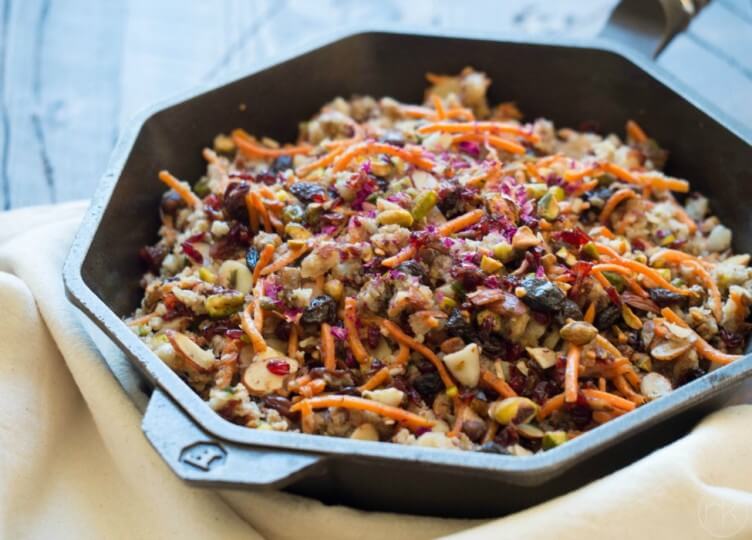 I am so excited to introduce you to my friend, Naz of Nazkovacs. Naz and I met a while back, when we realized that we both come from similar backgrounds. Since then, Nazkovacs has become one of my favorite Paleo blogs. Naz’s recipes are innovative, delicious and often have a Persian flare. Connect with Naz on Facebook and Instagram to keep up with her adventures in the kitchen!

First of all let me just say how HAPPY I am to be guest posting here today! When Arsy asked me if I would share a recipe on Rubies and Radishes not only was I super excited but also very honoured!

I got to thinking about what kind of recipe I wanted to share with Arsy’s readers and decided to go for a Persian one. Arsy and I actually connected when she posted a photo of a Persian dish called kuku/kookoo I was SO excited when I saw it that I had to ask her about it and found out that she had grown up eating similar foods to me.

With that in mind I decided to recreate a rice dish. Rice is a staple ingredient in Persian cooking and I’m serious when I say there’s A LOT that goes into preparing rice the Persian way which starts by a long soaking period. Anyway I won’t go into the details of how to prepare the rice but what I will say is that it’s a MAJOR player in Persian food. Since going paleo myself I have cut out the amount of rice I eat greatly BUT I do still have it every now and then, it just isn’t something I’m willing to give up especially since it is so culturally ingrained in me.

Growing up, we would have people over at our house all the time and my mum would cook countless dishes, often with three or four different rice dishes on the table. Commonly this is how it is done in the Persian culture, a table set up with a few rice dishes, some meat and vegetable based stews and other side dishes and bits and pieces.

The recipe I’m sharing today is called Javaher Polo which translates to Jeweled Rice. It’s named this because traditionally it’s eaten at weddings or other celebrations like engagement parties, plus the toppings look like jewels on the rice.

Now since not everyone who eats paleo/primal eats rice and some people might just not like it in general I decided to use cauliflower instead, even though rice can be a safe starch for some. The other reason why I chose to use cauliflower is because the traditional method of making this dish is MUCH more time consuming than the one I’m going to share with you here.

You can have this ‘rice’ on its own or add some chicken, beef or lamb to it, heck even eggs would work. I remember eating it with chicken or lamb growing up, but it’s really up to you! 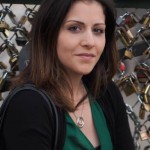 Nazanin or Naz as her friends and family like to call her is an Australian expat. She left Australia in 2011 with her husband Joe to move to Michigan, U.S.A where they stayed for just under 2 years. They now currently reside in England, United Kingdom. Naz started her journey to paleo eating in 2011 and now runs her own paleo based food blog at Nazkovacs. She loves to create delicious paleo recipes to share with others. You can also connect with Naz via her Facebook or her Instagram.