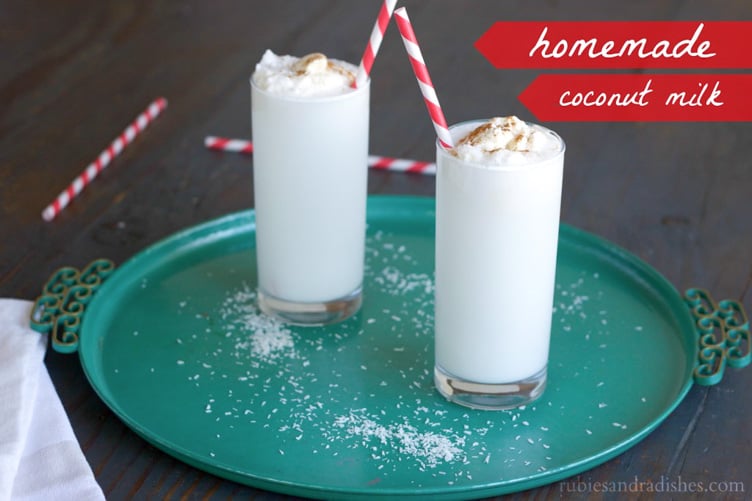 We try to limit our use of canned foods as much as possible, as they often have BPA and other chemicals that can leach into the contents. We particularly avoid canned tomatoes, since the acidity makes it easier for dangerous chemicals to leach into the sauce.

In the case of coconut milk, there are often additives and gums in the canned versions that I’d prefer to avoid. Plus, it is surprisingly easy and more nutritious to make your own. I actually never buy coconut milk anymore, since it takes less than 5 minutes to make it myself! 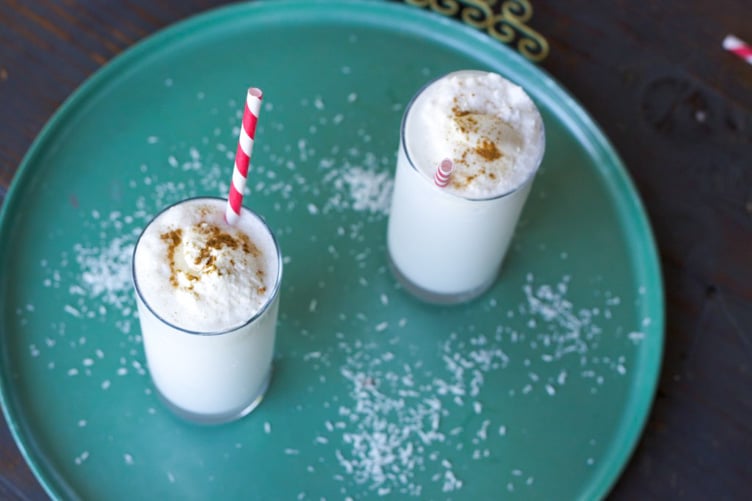 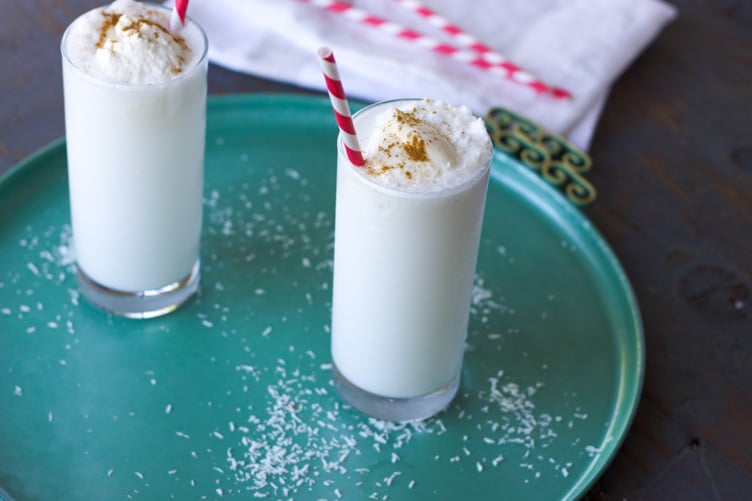 You can obviously make coconut milk from fresh coconut, which I have done several times, but this method is actually quite a bit of work. Another alternative is using shredded coconut to make homemade coconut milk. This is my favorite way to do it, since I always have shredded coconut in my pantry.

This recipe is slightly different than the version in my cookbook and the version that I have shared with you before. I still love those versions, but I have been experimenting with using a little more water lately. This is really just to get more bang for my buck. I wanted to get more milk from each package of shredded coconut.

Like most DIY things, it is also cheaper to make your own! I buy a case of 12- 8 ounce packages of shredded coconut from Amazon for $34, approximately $2.80 per a pack. Each pack makes 4 cups of coconut milk, costing about 70 cents per a cup. A 14 ounce can of coconut milk at my local market costs around $3, costing more than $1.50 per cup.

So, there you have it … homemade coconut milk is healthier, cheaper and more delicious!

The version I have shared with you before does produce more cream though. So, depending on what you are using it for, you may want to decide which version to use.

How to Make Homemade Coconut Milk from Dessicated Coconut 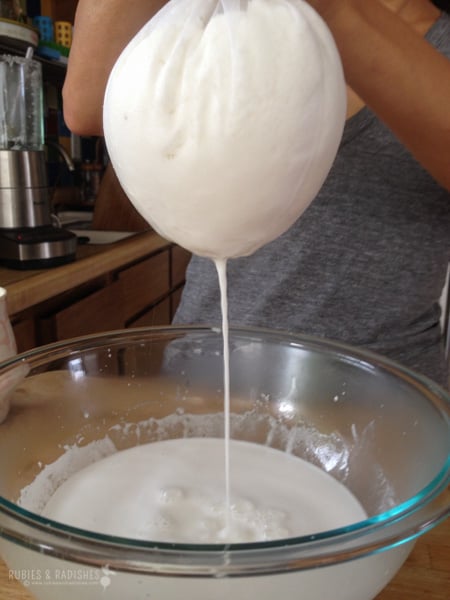 Ingredients
8 ounces package of finely shredded coconut (I use this one)
4 cups of boiling water (UPDATE: I now use very hot water, not quite boiling to preserve more of the nutrients in the coconut milk.)
Nut milk bag (UPDATE: I started using a nut-milk bag, instead of cheesecloth and I prefer it. It is less messy and I get more milk! I use this one).