If you’re wondering how we healed eczema in less than a week, you’ll want to read on to get your answer! 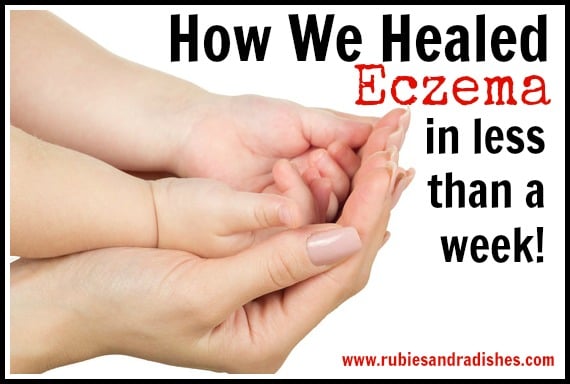 How We Healed Eczema in Less Than a Week!

Back in 2007, a couple of years before we started the Paleo diet, my husband all of a sudden developed eczema. He never had it before and BAM! All of a sudden he has it. It started as a tiny patch and it slowly grew and grew. From there, the cycle began. Doctors prescribed steroid creams and told him that no one knew what caused eczema. The creams helped sometimes and other times, they made the flare-ups worse.

When I started the Paleo diet, I was certain that it would heal his eczema. My best friend tried Paleo shortly after I did and it cleared up her life long eczema after the first 30 days. So, I was hopeful that the same would happen to my husband.

The Paleo diet, plus several rounds of strict Whole 30 and no luck with the eczema improving. This method works for many people, but it wasn’t working for him. This is when I realized his case required deeper healing and we shortly after discovered The Eczema Cure by Emily Bartlett, L.Ac.

After 6 days of strictly following the protocol outlined in The Eczema Cure his eczema was nearly all cleared up. I would say it was 80% improved in only 6 days! This was the best I had seen his skin in years! Guess what… you might not believe this next part… his eczema cleared up while he continued to eat dairy! Raw dairy that is. Most protocols will have you remove dairy and this one doesn’t unless you are sensitive. It didn’t seem to slow down his healing one bit.

I’ll be completely honest… although he got to keep eating raw dairy, he had to cut a lot of other foods out, even many Paleo foods. It wasn’t easy and it took a lot of planning, but it was worth it! If you can commit to the protocol, it really does work!

Read more about The Eczema Cure or BUY NOW! 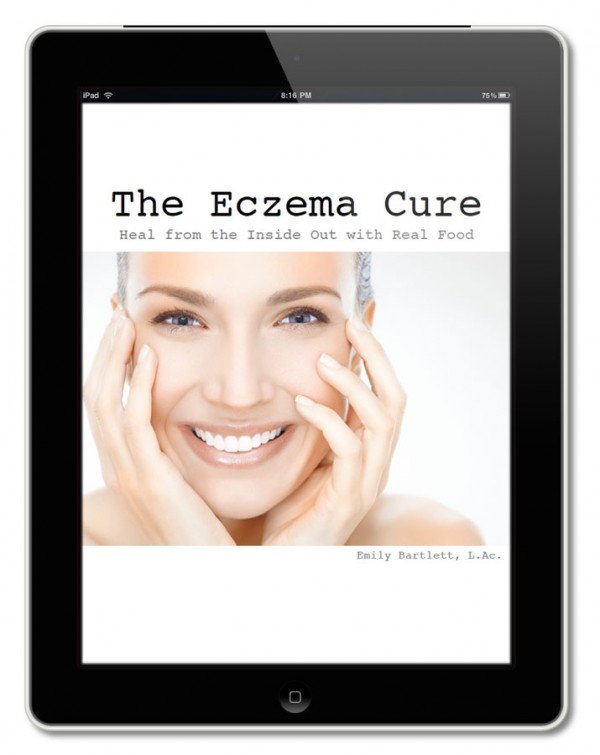 Why wasn’t Paleo enough for this case of eczema?

“The common western treatments for eczema include: steroid creams, non-steroid petroleum based lotions, antihistamines, and anti- itch medicines. These medications work with varying degrees of success, but typically after a variable period of time, the eczema flares again – sometimes while the medications are still being used.

These treatments fail because stopping the rash does not resolve the reason why the rash is happening in the first place. Eczema (and in fact, most skin conditions) is a reflection of a deeper, internal imbalance typically originating from poor digestion. When a dermatologist gives you creams and medicines to make the skin clear, the internal issues are not addressed.

But the root issue involved with eczema is almost always underlying digestive weakness. Even if you donʼt experience tummy upset, your digestive system may be impaired due to poor diet, stress, or other factors.”

In other words, if you are experiencing eczema it is very likely that the lining of your small intestines is damaged. A condition that is commonly known as, “Leaky Gut Syndrome”

Emily will help you heal and treat your Eczema and Leaky Gut Syndrome with a 4 step action plan!

In this book, Emily helps you identify the cause of your eczema and she lays out a clear step by step plan for treating it, including tips and recipes!

A visit to Emily’s office would cost hundreds of dollars, but this book contains all the same information that she shares with patients for only $29.95. This method really works, I have seen it first hand. The only trick to it is that you have to follow it!

If you dive in to this eBook, excited about implementing this approach, you will be well on the road to an eczema-free life! Since this approach is really about healing from the inside-out, it will help with other skin and health issues too. 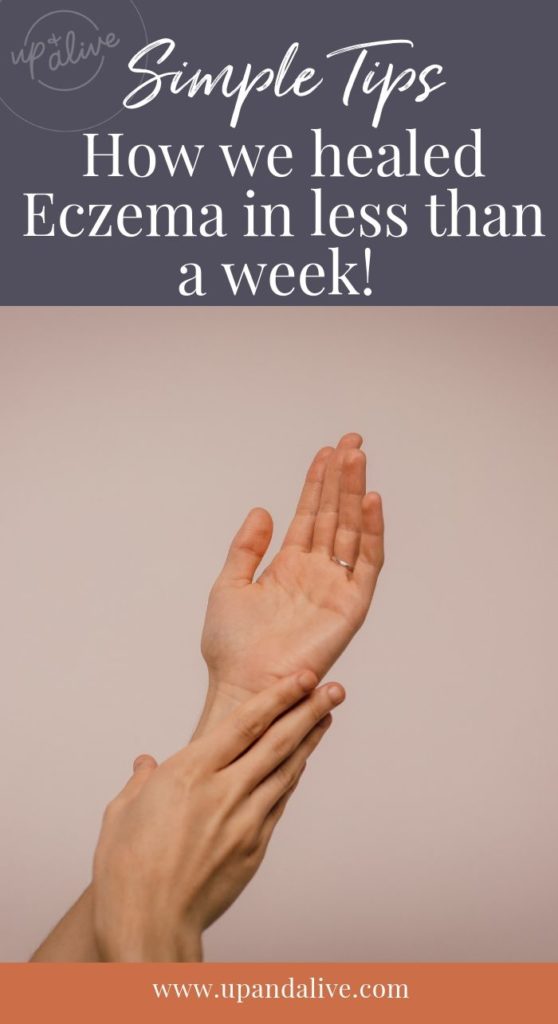