These paleo taco shells are so delicious and simple to make! Taco night never looked so good!

Over the years I’ve been experimenting with making different changes to my diet to see how it affects my health. At first, I only eliminated processed foods and gluten, and I did feel better after making those changes, but I was still having some digestive issues at the time. One of the more problematic foods for me seemed to be corn. I thought that it was likely due to the corn I was eating possibly being genetically modified. I had thought that here in Europe, GMO’s were supposed to be labeled, but I later found out that here in Spain it isn’t always the case. Greenpeace has comprised a GMO guide for Spain (in Spanish) showing companies whose products are free of GMO’s and those that either have or likely have them in their ingredients. I had been using foods from some of those companies. Once I made that discovery, I was a lot more careful about what I bought, but I was still having issues with corn, even organic popcorn, so I had to stop making my carnitas with homemade corn tortillas, and had to look for a more grain-free/paleo option.

Since then I’ve come up with several paleo flatbread alternatives. I sometimes make a thicker, more bread-like flatbread, closer to a paleo pita of sorts, but more often I make tortillas using flaxseeds. At first I started making tortillas with flaxseeds and eggs, but I was curious to see if I could make something that was egg free for a friend of mine who can’t tolerate eggs.

To my surprise and amazement, it is actually quite simple to make a pliable tortilla using only flaxseeds, water, and a bit of heat, and the flaxseed tortillas holds up well to being filled. Despite my finding, I more often made the flaxseed tortillas with eggs because I found them to be quicker and easier for me to make. Plus, I have hens, and almost always have a surplus of fresh eggs to use up.

Interestingly enough, though, people started writing me about how happy they were to have found my recipe for egg-free flaxseed tortillas, so I decided to start experimenting with them again. Part of the reason that it took me longer to make the egg-free tortillas was that I had been using too much water. Once I realized that I didn’t need nearly as much water as I had been using, I found that I could very quickly make the flaxseed tortillas. What’s more, I also found that I could make a dough out of the mixture that could be rolled between two layers of parchment or wax paper into thin sheets that could be cut into different shapes.

When making a tortilla, of course, that isn’t really necessary, because you can just push the mixture into the bottom of your pan and you end up with a beautiful circular tortilla, perfect for the filling of your choice. My real reason for wanting to better manipulate the mixture was that I also realised that when baked, my tortillas actually get crispy, just like the tortilla chips and taco shells that I so missed while eating a progressively more paleo type diet.

What can you serve with these paleo taco shells?

Because of the high fat content in flaxseeds, I have never had problems with the tortilla mixture sticking to my pans. The mixture is very forgiving, and, when baked crispy and paired up with a good homemade salsa or guacamole, actually has a texture and flavor pretty similar to the corn variety. Really!

You can use either brown or golden flaxseeds for this recipe, but because the tortillas brown more when baked, they look more like tortilla chips when made with the lighter ones.

If you miss tortilla chips while on the paleo diet, I’m sure you will love these!

So let’s get baking… 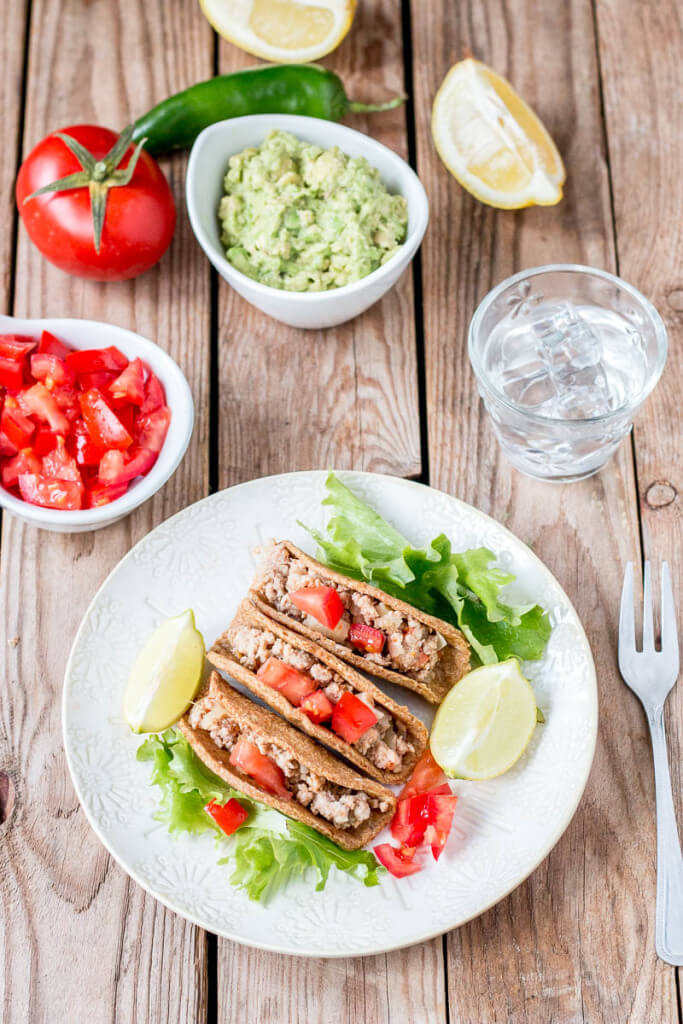 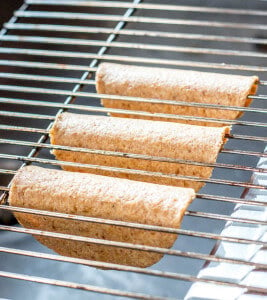