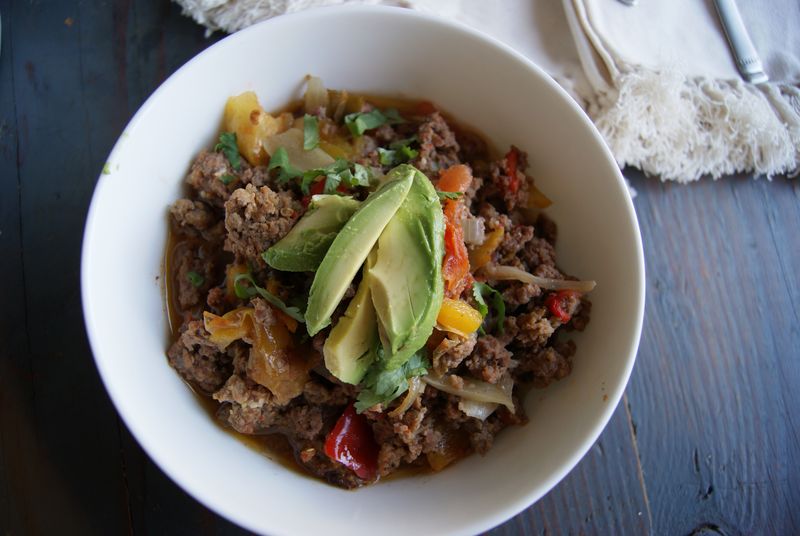 By stepping outside, you wouldn’t realize it is mid-October here, since it is actually hotter than a typical summer day in Santa Cruz. I’m totally back on the slow-cooker kick anyway… not because it is fall, but mostly because now that I am back at work, it is so helpful to cook in bulk. I have been doubling up some of my recipes and vacuum sealing half for later. Do you have a vacuum sealer? It is such a great investment! It’s so nice to pull a home cooked paleo meal out of the freezer (my other new favorite investment- see below) instead of cooking one from scratch, after a long day of work! 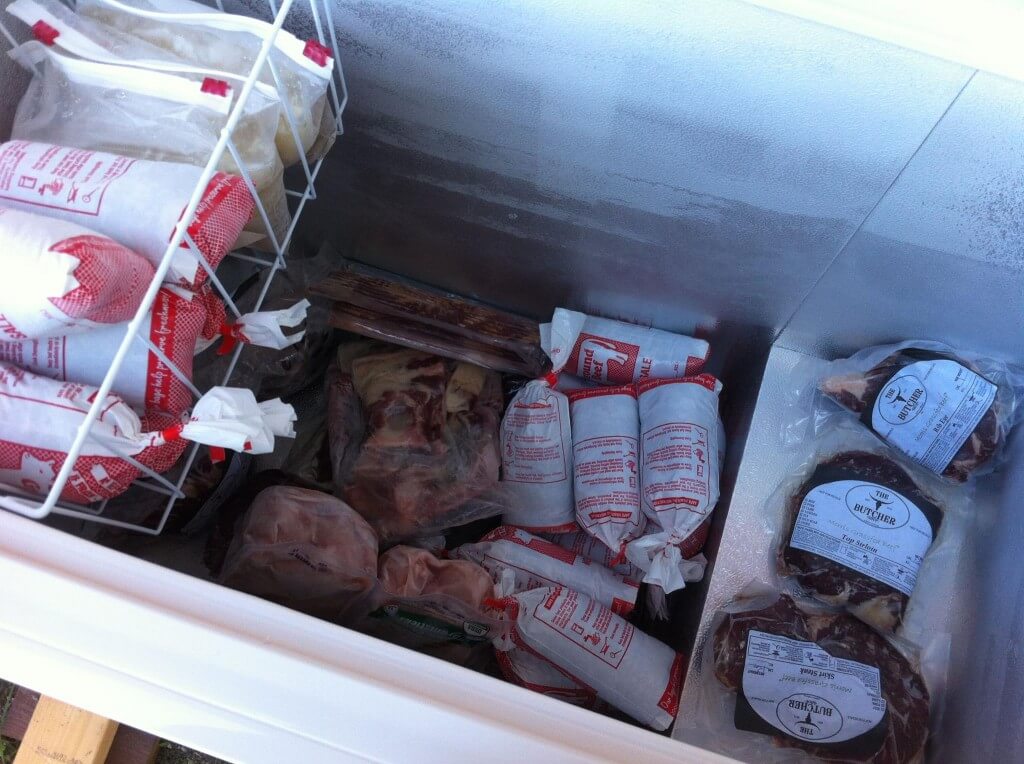 The market was overflowing with peppers a few days ago, I grabbed a bunch just because they looked good, not knowing what I was going to do with them. After a quick scan of the deep freezer, I decided on chili with roasted peppers. It turned out to be a great decision!

*Note: You can always use canned tomatoes, but we try to use canned food as little as possible. Plus, tomatoes are so good right now, why not use freshys?!?

How to blanch tomatoes: Bring a large pot of water to a boil. Drop tomatoes
in for 2-3 minutes. Drain water and run under cold water to stop
cooking. Let tomatoes cool. Then remove skins (they should fall right off), and chop tomatoes.